Toxic parenting: How parents do it unconsciously 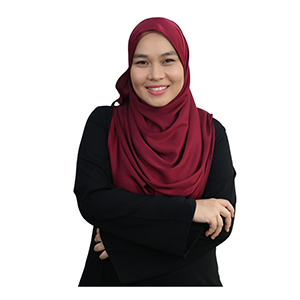 Toxic relationships, no matter parenting, friendship or professional relationship — there are bound to be effects on mental health, emotions, and various aspects of our lives.

When we talk about toxic parenting, it means the way parents can cause mental & emotional confusion and prolonged trauma in their child through certain traits or behaviour. The “mental damage” caused by the parents may affect the child for years.

Sometimes we think we've done it right – we never hit a child, never shouted at a child, never rolled our eyes at a child. But the way we react, the words we say can actually affect a child’s mental and emotional health.

There are many ways this could happen. A simple example could be when parents prioritise the opinion of others at the expense of their own children's feelings.

For instance, when we expect a child to behave all the time so we look good in the eyes of others, regardless of the child’s emotional needs at the time – that is considered toxic parenting.

Here are examples of toxic parenting situations that many parents do without realising:

Ignoring the child by not expressing any reaction when the child seeks attention is a toxic trait to have as a parent. For example, when a child is telling a story or showing something, there is no reaction or response at all from the parents.

Another situation would be when a child’s opinion often gets dismissed. For example, when the child says, "Mom, I think I want to wear a Spiderman shirt today." We answer with, "No problem” but proceed to dress them with other clothing.

If we were to be in their shoes, how would we feel? According to a a psychotherapist and instructor at Northeastern University, Amy Morin who wrote a book called 13 Things Mentally Strong Parents Don't Do, children who often receive this kind of treatment have no self-confidence and will tend to make wrong decisions later in life. The reason behind this is because their opinions are never heard of and they always have to abide by the decisions of others.

For example, when a child asks, "What color do you like?". We reply, "I don't know. It's okay." This is what stonewalling look like.

Please parents. When you say quality time with your children, it means 101% of your attention goes to them.

MOCKING OR BELITTLING YOUR CHILD INFRONT OF OTHERS

Putting down a child’s worth or belittling their needs is another trait of toxic parenting. When someone praises our child and say things like “Your son is a nice boy. He is good at making friends." But we respond with, "Good? No! He’s such a messy eater, he often wets his bed at night, cries a lot and doesn’t like to shower."

It seems harmless that we disagree with the person who praised our child earlier. But in reality, we are degrading the child and exposing their flaws or bad behavior in front of others.

The child's emotions will be hurt when they hear us talk like that about them. Soon the child will feel resentful and may want to seek revenge. Never make fun of your child in front of other people.

When people praise our children, be thankful. Look at the child's face and say, "Thank you for being a good son. I'm very proud of you."

It might seem like we’re boasting but ignore what others have to say. We are showing a good example to our children by being appreciative.

Gaslighting means doubting or denying something that a child tells you.

For example, if the child says that he sees something scary, we reply with “Nonsense. There are no ghosts. You're only daydreaming." This gaslighting attitude will make the child second guess themselves often which will lead to them losing confidence.

The child will feel that everything he feels, does or think is wrong and unimportant.

When a child wants to tell a story or tell something, they should have our full attention. Never deny what they feel. Hug and tell them, "Don't worry. I am here with you. I feel you. Everything will be fine."

Sometimes parents get easily angry or worked up over situations like when a child misreads a sentence, or when they have difficulty to speak or doesn’t excel in their studies as expected. If perfection is not achieved, the result is anger.

Parents who are hypercritical or have a lot to complain are not because they want a perfect child, but because they themselves are unable to accept their own shortcomings.

So please parents, mirror yourself before expecting perfection from your child. Leading a happy life is not about perfection. It's about embracing the imperfections, and cherishing the small things.

LACK OF PRAISE OR SUPPORT

Some parents rarely say "I love you" to their kids or congratulate them on their achievements. It’s even worse when parents respond with comments that demotivates them, like showing off how they were able to achieve so much more during their younger days.

Another situation would be a lack of support in their child’s interests or activities. For example, when a child is nervous about joining a competition, the parents do not motivate or even show up for support just because they feel it’s not important enough.

NOT CALLING OUT THEIR MISTAKES

Everybody makes mistakes but it becomes a problem when parents don’t teach their kids to be accountable for their actions.

For example, if parents receive a complaint from their child’s school saying that he has been skipping school or bullying another student and they don’t do anything about it – that’s not okay.

When parents don’t acknowledge the mistakes that their children make, don’t confront them or help them become a better person, this will shape them to become someone who thinks they can get away with anything. Because for them, anything they do is considered okay in the eyes of their parents.

These are some examples of toxic parenting situations that are not intentional, but is common among our society.

Do not underestimate this issue as its detrimental effect on the child's development is the same as physical abuse. This kind of "silent abuse" happens internally and slowly you can see the negative effects from this kind of parenting. What's even worse, it's considered normal in our culture.

Let’s fix this together, let's stop this toxic parenting culture by having better interactions and communication with our children.

Are husbands really bothered if their wives earn more?

Sinar Daily talks to an expert to understand more about the dangers of consuming nearly expired or expired baby formula milk.
FAMILY

Is your baby drinking expired formula?

A study has found that children can predict whether two people have a special bond through activities like kissing, sharing food, or wiping away dribble.
FAMILY