Are husbands really bothered if their wives earn more? 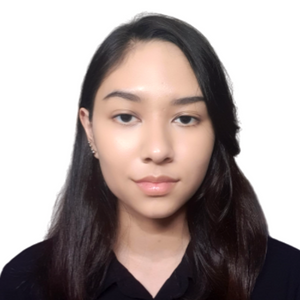 A Facebook post made by Public Health Malaysia went viral recently due to the supposed research it quoted to back claims that husbands get stressed when their wives earn more than them.

The post drew criticism from netizens, who went so far as to claim that it was misogynistic and not applicable to present times, where women can earn just as much or even more than their male counterparts in any given workplace.

In the post, Public Health Malaysia stated that the husband is normally the breadwinner of the family, and that being a husband is “no easy task”.

It is not surprising then, the post continued, that husbands will become stressed as a result.

The “most stressful situation” of all, is when the wife becomes the breadwinner instead. The post said that this was the reason men are less inclined to find a partner who is more financially stable.

To get to the bottom of this issue, Sinar Daily spoke to a consultant clinical psychologist, Dr Valerie Jaques from Integrated Psychology Network.

Consultant clinical psychologist, Dr Valerie Jaques weighs in on a Facebook post made by Public Health Malaysia that went viral for the wrong reasons - a research that stated husbands were stressed if their wives earn more than them.
You may also like:

She said that the income of a man compared to that of a woman is very much tied to socialisation and social psychology, focused on a hierarchy based on dominance and submission, where men are in a position of power over women.

Similarly, she said that men at the workplace have been considered of higher value than women, which is why we often hear cases of men being paid higher wages compared to women who do the exact same job.

With this came the feminist movement that called for equal opportunities and wages.

The problem is that many women still take up most of the house chores despite being breadwinners themselves, whereas in most cases, men’s roles do not extend beyond work hours.

Men are able to engage in more social and leisurely activities compared to women. This practice crosses cultural boundaries, as patriarchy is a societal practice implemented in most countries.

“In my work with couples and families, I have encountered all types of dynamics.

“The norm or expectation is that the man earns more than the woman or the responsibility is on the man to earn more than the woman. The woman tends not to pursue her career as she puts a larger focus on the children and the family,” Valerie told Sinar Daily.

The opposite is also true, she said, where it is the woman that pursues her career whereas the man focuses on having a stable but regular income to spend more time at home caring for the family.

Asked whether men will feel emasculated should their wives earn more, Valerie shared that this question is not related to socialised status and expectations but rather tied in with psychological concepts of self-image, self-esteem and self-confidence.

“A man who has a positive self-image, esteem and confidence is not affected by the need to compete with his spouse in their income levels in the family. This would mean a man who is proud of his work, career, achievements and family life.

“In fact, if his wife is doing well, he will be proud of her and encourage her to keep doing so,” she added, mentioning that what comes into question is the relationship dynamics, which is still not necessarily a reason for a man to feel emasculated.

She also said that the research that was referred to in the article was only measuring the reality of the percentage of participants in a study, and not a comprehensive representative of the population or a norm in society.

“Generally, myths and fairy tales encourage this belief that men are looked down on if they are not earning more income than their wives, which reflects poorly on them as if they are not ambitious, responsible or caring for their family welfare,” she said.

Hence, it would only make sense that a man feels emasculated if they grew up embodying these values and beliefs.

Valerie also shared that a man who easily feels emasculated by any issue - including income difference - can react negatively out of fear, anxiety, depression, which may lead to aggression and abuse.

All smiles as proud husband Sanjay Vasanthanathan poses for the camera with his wife Anushia Raman and their two-year old son.

To understand how Malaysian husbands feel about this matter, Sinar Daily also reached out to four husbands, one of whom was Sanjay Vasanthanathan, a lecturer-turned-teacher who lost his job during the pandemic.

The self-proclaimed proud husband to Anushia Raman, a 35-year old optometrist, said that there is no shame in having an accomplished wife.

He disagrees strongly with the post, stating that most husbands nowadays are very supportive of their spouses and are willing to share equal responsibility when raising their kids.

“You shouldn’t be stressed out that your wife is earning more because being a husband is not about seeing your wife as competition.

“People still think my wife should be at home feeding my baby, not me. I think this is ridiculous because women are still expected to come home and get the chores done after coming home from work,” he said.

Sanjay also said that he does not feel threatened by the fact that he earns 50 per cent less than his wife because he still contributes where he can.

“When you assume yourself to be the ‘boss of the house’, that’s when you might get stressed when you fall short of that image,” he expounded.

Another husband by the name of Syahmi Awazhar, a 27-year old dentist, shared that he earns just slightly more than his wife, who is also a dentist.

To him, an understanding spouse is key to a happy marriage.

“I fell in love with a woman who just so happened to be in the same field as me, so of course she is going to earn more or less the same amount as me,” he told Sinar Daily.

This, he said, does not make him feel emasculated in any way, shape, or form.

This is a notion shared by 34-year old Adam Razali, who is an English teacher at a primary school.

He earns 30 per cent less than his wife, who is in Marketing.

To him, earning less than one’s spouse, no matter the gender, is now the norm.

“What matters is that we respect and support each other, and I have no ill feelings towards her for earning more than me, because my wife has worked hard to be where she is today.”

He stated that it made sense to have a working spouse given the rising costs of living in today’s economy.

Despite earning more than his wife, who works in customer service, he said that he would be lying if he were to earn less than her, as his position as ‘the head of the family’ will be called into question.

“I grew up in an environment where men were the providers, so I would prefer bringing in the bulk of the income,” he noted.

He explained that earning less than his spouse would only make him feel as if he had failed to provide for his family.

“It would just make me feel better if I provided for my family,” he said.

Sinar Daily talks to an expert to understand more about the dangers of consuming nearly expired or expired baby formula milk.
FAMILY

Is your baby drinking expired formula?

Toxic parenting: How parents do it unconsciously

A study has found that children can predict whether two people have a special bond through activities like kissing, sharing food, or wiping away dribble.
FAMILY