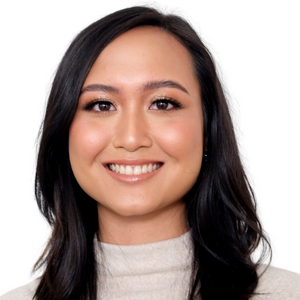 Datuk Afdlin Shauki said women are already leaders and they don't have to declare to be one.
A
A
A
Follow us on Instagram and Twitter for the latest updates.

SHAH ALAM - “At home, we are all afraid of women. I am too and anyone who says they are not, they are all lying,” said celebrity turned politician, Datuk Afdlin Shauki.

He told Sinar Daily that women do not have to declare themselves as leaders as they are leaders.

This comes after Datuk Nurulhidayah Zahid's recent controversial statement on Sinar Daily's Politically Frank episode where she claims women were not born to be leaders that went viral nationwide, triggering a backlash from social media users.

Afdlin who hails from Johor Bahru made his debut in the entertainment industry in 1999 and has acted and produced over 40 movies.

Although the celebrity is now into into politics after joining PKR in 2021 and contested for the PKR Setiawangsa branch chief post, his love for the arts remains.

“I am a creative person and will always be. I am an artist first but politically inclined, as I think about politics,” he said on Sinar Daily’s Politically Frank.

Afdlin also said Datuk Seri Anwar Ibrahim is the role model that he would like to emulate.

“He has gone through a lot in his life and despite facing all the challenges, he is still around and going strong," he said.

Meanwhile, if PKR prefers the party's deputy president Rafizi Ramli who has unofficially won the number 2 post in the recent party polls said he would support the party's stand and vision. Rafizi won against Datuk Saifuddin Nasution.

“My job here is to help the party regardless of who is up there. If I am not wanted, I will just be a normal member and support through the ranks as all normal members would support,” he said.

He added he is not keen on a power grab.

“This is my mission. I am interested in doing the work and if you want me to do the work, I will do it no matter if PKR is in the opposition or whoever (in government).”.

When asked about the recent PKR party polls, Afdlin expressed his concerns over the handling of the party election as his team notice some irregularities in the PKR election.

“The people from my campaign, the Legasi Reformasi Campaign noticed there were some irregularities and there was a bit of a miss with the handling of the election.

“So we made reports because we are in PKR and if we do not stand up for our rights, what is the point of being PKR?

“When there is something wrong, we ask the questions, we ask from party's election committee (JPP) to please answer and check for us,” he said.

He added that he hopes the party understands his intention and he believes that his action is for the betterment of the party.

On June 7, Afdlin who lost in the contest for the Setiawangsa division chief post in the PKR election last month, lodged a police report against JPP.

The celebrity claimed that the JPP failed to manage the voting process well and that he believed there was ongoing fraud.