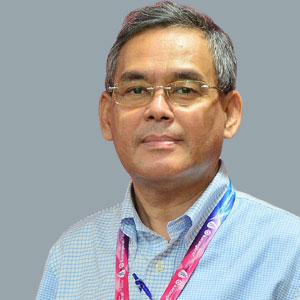 Up until now, a total of 8,543 PPP projects were approved to be done either individually, through cooperatives or with settlers. Illustration photo: 123RF
A
A
A
Follow us on Instagram and Twitter for the latest updates.

The assets here refer to the authority’s widely owned lands which could be used for the benefit of the people and the country.

This is why when the country is faced with a food security crisis and the rise in food prices, agencies such as Felda should be among the agency that steps forward to help resolve the issue.

Alhamdulillah, in dealing with the sharp price increase of the feed supply for livestock, Felda, with the collaboration with FGV Holdings Berhad would implement a project of planting corn grains on a 3,700 hectares of land.

The project is expected to contribute a five per cent to the government’s aim to reduce the import of the country’s corn grains, hopefully stabilising the feed price.

Felda is also planning on reviving the poultry farming industry through a contract with Ayamas Food Corporation Sdn Bhd.

The project by Felda’s Cooperatives would be done at a 20 acres area in Felda Tun Ghaffar Bukit Senggeh, Melaka.

However, why are these initiatives being done now? Why wasn’t it done long ago, even before the country faced rising chicken prices caused by the involvement of chicken cartels in the market?

If the steps were taken to stabilise the pricing of food along with the chicken supply, then the solutions should have been done earlier as a preventive measure and we would not be where we are right now.

Nevertheless, congratulations to Felda for taking the initiative, as it is better late than never.

Another interesting fact about the initiative introduced by Felda is that they are Settler Development Programme (PPP), which was developed to increase settlers' income through activities not based on palm or rubber.

The initiative aimed to kill two birds with one stone by increasing the Self-Sufficiency Rate (SSR) and reducing the country’s dependency on imported foods.

Based on statistics released by Felda, up until now, a total of 8,543 PPP projects were approved to be done, either individually, through cooperatives or with settlers.

The project had benefited 56,959 settlers and the new generation of Felda, with 57 per cent of the projects involving poultry and ruminants breeding while 41 per cent involved agricultural activities.

Up until now, a total of 8,543 PPP projects were approved to be done either individually, through cooperatives or with settlers. Illustration photo.

All of this could be achieved as Felda owned large amount of lands with good potentials to be the hub of cattle like the one in Felda Sahabat, Sabah.

As consumers, we all hope to see these moves taken will not only stabilise the country’s food supply but what is more important is to restore the price of food such as chicken and beef to be made affordable for the public

Myanmar is in crisis, again

Dear learners, you’ve got this! Let's talk about mental health

Navigating the reality of legal terrains in Malaysia