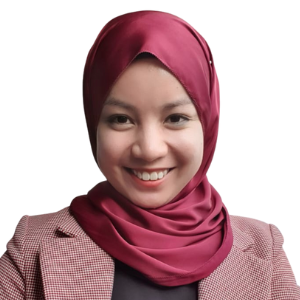 In the wake of the worst political crisis in decades, one of the most urgent tasks now facing the government is to restore trust in political and financial markets amidst its governance.

Youth-centric voting is an angle to tackle.

Young voters are fired up and research shows they will be a decisive factor in the coming election.

And, they clearly have a lot at stake: They are entering the workforce during one of the most brutal economies.

One apparent thing i, numerous political parties are currently jet-setting to woo these youngsters.

One that can be vividly seen is the recent launch of Malaysian Family Student Device Initiative for the B40 community. Let us hope it does not just stop there.

Whether it lasts or not, that shall determine whether it is refined vote-buying at its best! I, for one, believe that youths are far from uninformed on national political scenes. Instead, there appears to be doubts as to whether the parties represent their views and interests.

Young people’s somewhat tepid embrace of political parties does not stem from a lack of understanding about political parties’ functions and their positions but scepticism surrounding numerous parties’ efficacy.

They underperform less than average in sectors relating to employment, work-life balance, education, health, and environmental quality, and honestly, youths totally understand the importance of coalition of convenience, if it were used to benefit the general society through the promised manifesto rather than one’s personal gain.

Although younger voters could use more years in which to develop the habit of voting thus the lowering of voting age, let us not forget the other side of the spectrum.

It is said that, a youth’s vote will only have a major impact if the youth is born at the right place. If a youth voter resides in an urban and rather lavish state, it is highly unlikely that their votes will make much difference.

However, if the youth is from rural areas with relatively poor economy and public services, then they will subsequently be the determining factor (much more than their respective elders).

How far is this likely to be true? More studies should be done on this.

With the economy being a top voting issue, young voters want to know what the future will look like for them. Will they be able to find a job or build and sustain businesses in a post-pandemic economy? Will they be able to get affordable health care when they are off their parents’ plans? Most of us are not born with silver (or gold) spoons and thick cables; all heavily fed and connected; perfectly wired and lit. We must build and connect those wires ourselves.

“We need a leader who will re-calibrate the ethical and moral compass of this nation, as well as work to repair the damaged relationships, both domestic and abroad while representing the country and the diversity that makes up this country, on the global stage,” said a private law practitioner from Selangor who is keen on relating philosophies of psychology, law, and political sciences in life.

As a soft skill Subject Matter Expert (SME), I strongly believe that manifesto and promises made during campaigns should really be called proposals.

After all, campaigning is essentially a marketing process, in which coalition of parties present themselves as products, differentiate themselves from the others, and make proposals on how they will perform if they get the job.

Campaign promises are such an important part of the election process, especially if they revolve around issues that divide a nation or create emotional interest.

Most often, these issues involve money. Lots and lots of them.

While campaign promises can be enticing, talk is cheap, can they walk the talk? Therefore, on top of getting your temporary wins, evaluate what it takes to make these promises a reality.

However being proposed, there are promises that are credible and reasonable and those that are simply shots in the dark.

SYAZUIN SAZALI is a Subject Matter Expert in soft skills. She aims to continuously advocate for progressive growth in education.

Linkedin & Instagram: @syazuinsazali, Email: [email protected] The views expressed in this article are the author's own and do not necessarily reflect those of Sinar Daily.

US President Joe Biden and Japan's Prime Minister Fumio Kishida attend the Indo-Pacific Economic Framework for Prosperity with other regional leaders via video link at the Izumi Garden Gallery in Tokyo on May 23, 2022. (Photo by SAUL LOEB / AFP)
COLUMNISTS