Analysing the road from GE15 to PM10 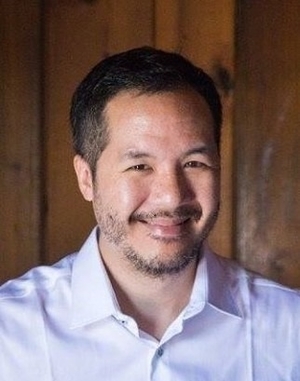 BERA, Nov 19 - Election Commission staff bringing in the ballot boxes into the official counting area for the Bera parliamentary seat. (Photo by BERNAMA)
A
A
A
Follow us on Instagram and Twitter for the latest updates.

Even as the excitement unfolds over Malaysia's new Prime Minister, perhaps it may be worthwhile to look back closely at the events between election day and Anwar Ibrahim's swearing-in ceremony.

In particular, let's examine the dynamics surrounding coalition and party negotiations, alongside how the role of constitutional monarchy played out in the end.

We will end with questions about the lessons we can learn, and ways in which the system and process might perhaps be improved in the future.

If I had to summarise two key takeaways:

Secondly, I think the path taken by the YDPA were not precisely what was envisaged or worded in the Constitution; but that said, it was the best of available options to His Majesty, given the position that the parties and coalitions put the YDPA in.

Let's look at some key chronologies and facts.

When all the votes were counted, Pakatan Harapan had 82 seats, Perikatan Nasional had 73, Barisan National had 30, and Gabungan Parti Sarawak had 22.

In short, there was only one combination that provided a strong majority without including BN, and that was a combination between PH and PN, resulting in a total of 155 seats.

For PN, there were zero combinations that would result in a majority without BN.

For PH, it was still possible to form a majority without either PN or BN, but it would have been a razor thin majority which totaled 116 seats.

PN leader Tan Sri Muhyiddin Yassin stated later on that even when the YDPA called for a PH and PN combination, he still refused this option. If Muhyiddin was not willing to consider it when even the YDPA suggested this idea, we can safely assume that that was never an option for PN.

That being the case, then the only possibility for PN to form a strong majority was by including BN.

Over the first half of the week, they held long meetings with both PH and PN - both of which ultimately seemed inconclusive.

There appeared to have been deep political intrigue within BN itself. It was fairly clear that opinion was bitterly divided among MPs and within Umno with regards to whether they should choose PH or PN.

MCA and MIC obviously preferred PN where they would be the torchbearers of non-Malays in government, but Umno seemed to be nowhere near having a consensus on this question.

Most observers seemed to believe that Umno President Datuk Seri Ahmad Zahid Hamidi and his supporters preferred allying with PH, while those who were more aligned to the likes of Datuk Seri Ismail Sabri Yaakob, Datuk Seri Hishamuddin Hussein, and Khairy Jamaluddin seemed to prefer PN.

The other gamechanger this time around was the Anti-Hopping Law (AHL) championed by Umno Supreme Council Member Datuk Seri Azalina Othman Said.

Under this law, if I've understood correctly, any MP who did not toe the party line (including on the question of who to support as Prime Minister) would have to vacate his or her seat in parliament.

Were it not for the AHL, it is highly likely we would have seen a number of the 30 BN MPs break ranks and split - with some supporting Anwar and some supporting Muhyiddin.

As it is, it seems like internally, BN fought internally among themselves into a stalemate.

In the meantime, GPS, which had originally publicly declared their support for PN, appeared to be facing some internal pressure regarding the prospects of working with PAS.

In the end, they changed their position, and said that they would support any candidate picked by the YDPA - similar to the position they had adopted in previous political crises.

Around the same time, Ismail Sabri (and not Zahid) then announced that BN would opt out of any government, and would instead be in the Opposition.

Not long after that however, BN leaders were invited to an audience with the YDPA, following which they announced that they too would adopt a position similar to GPS and support the YDPA's choice.

If memory serves, less than 12-24 hours later, the YDPA - after consulting with the other Malay rulers - released a statement saying that he had picked Anwar Ibrahim as the PM.

Now we come to the interesting implications and analysis.

The first thing that comes to mind is that BN and GPS completely blew their opportunity to use their strength in parliament to make a deal with PH that was advantageous to them.

Had BN and GPS made an earlier deal with PH to form a government with a stable majority of 134 seats, they could have gained all sorts of promises and concessions from Anwar - including how many and which ministries they wanted.

Instead, both BN and GPS seemed to either be greedily holding out to try and get more and more, or were completely unable to reach internal consensus.

What is clear is that by taking the rather timid move of washing their hands and throwing the ball back to the palace, BN and GPS have now lost a huge opportunity to negotiate with Anwar from a position of strength.

This is because once the YDPA has chosen Anwar of his own accord, it would likely be far too late for BN and GPS to threaten to withdraw their support in any way. To do so could be considered a form of 'derhaka', and risk the ire of the rakyat for plunging the nation into truly unthinkable political chaos.

This being the case, Anwar now essentially has a free hand with regards to his cabinet, and there is not a whole lot BN and GPS can do about whatever he chooses.

Political calculations and miscalculations aside, let us now look briefly at how the YDPA navigated his role as a constitutional monarch.

By right, a constitutional monarch should play little to no role in deciding who the majority of the Dewan Rakyat supports to be Prime Minister.

I believe the spirit of the constitution and the Westminster system dictates that this question should be sorted out among the parliamentarians themselves, and their consensus decision brought to the YDPA for His Majesty's confirmation.

In this vein, the correct thing for MPs to do was something like the equivalent of locking themselves in a room, and not coming out until a majority could agree on a candidate for Prime Minister.

Of course, there is sadly no such law or provision compelling MPs to do anything of the sort.

In this regard, legally speaking, BN and GPS were in a sense within their rights not to declare their support for any candidate.

Doing so puts the YDPA in an extremely awkward position however, should His Majesty intend to adhere fully to the spirit of the constitution.

On the one hand, the YDPA is not meant to play such a decisive role in deciding who gets to be PM.

On the other hand, given that two huge blocs - BN and GPS with their total of 52 seats - decided not to support anyone and instead throw the question back to the palace, there is simply no way anyone can obtain a simple majority in parliament.

In this case, it may be considered unreasonable for the YDPA to simply let the impasse continue and wait for a compromise that may quite simply never come.

All the while, in the background, political temperatures are rising, and some irresponsible people are even going around inciting racial and religious tensions.

Given the circumstances, my view is that the YDPA - when faced with a number of choices, none of which were ideal - chose the best option that was available to him.

By choosing a candidate - even one without a clear majority - the YDPA put an end to what could have been an interminable political crisis, and used the mandate that was (controversially) given to him by the public declarations of BN and GPS that they would support whoever the YDPA chooses.

The YDPA's final choice suggests that His Majesty used the simplest, most easily justifiable logic to guide his decision - choosing the leader of the coalition with the most seats.

All in all, the stretch of time between voting and the PM's swearing in has been a bumpy ride indeed.

We can count ourselves lucky that the story had a reasonably acceptable ending, and democracy does not appear to have been completely broken or any such thing.

Looking forward though, perhaps it might be a very good idea indeed to legislate some clearer procedures that should be in place in the event of hung parliaments.

A nice A-Z process that anticipates as many eventualities as possible will provide great stability in what would otherwise be a time of deeply troubling and stressful uncertainty.

Malaysia in 2023 - Looking through a cloudy crystal ball

The #KitaKawan campaign happened not long after GE15 was over, and Datuk Seri Anwar Ibrahim was sworn in as Prime Minister of the current unity government. Photo for illustration purposes - BERNAMA FILE PIX
COLUMNISTS

31 Dec 2022 10:17am
Latest News
Popular
From winning Oscars to embracing Islam, here are some facts about AR Rahman