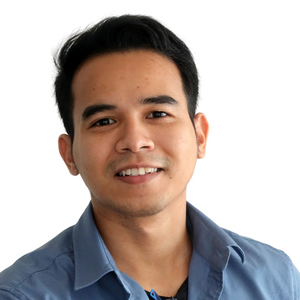 SHAH ALAM - The deadlock has been broken. The post-election limbo plaguing the country over the past six days is no more as Malaysia welcomes its 10th Prime Minister -- Datuk Seri Anwar Ibrahim of the Pakatan Harapan (PH) coalition.

Anwar’s rise to power today ultimately ended his relentless quest for the post; one which he embarked for over more than two decades since his infamous sacking from the then-Barisan Nasional (BN) government -- led by Tun Dr Mahathir Mohamad -- in September 1998.

He will be sworn in at 5.00pm at Istana Negara today.

"After weighing the views from the Malay Rulers, His Royal Highness, has agreed to appoint Datuk Seri Anwar Ibrahim as Malaysia's 10th Prime Minister as per to His Majesty's powers accorded by Article 40(2) and Article 43(2)(a) of the Federal Constitution.

"His Majesty would also to remind those who win and and those who don't to reconcile and unite with one another for the sake of the beloved country's future.

"His Highness stressed to the Prime Minister that the soon-to-be formed government should follow the way of the padi plant; the riper it gets, the lower it bows.

"The fact remains that the people should no longer be burdened by never-ending political imbroglio at a time when the country needs a stable government to boost the economy and growth," read Ahmad Fadil' statement.

The Agong had also expressed his deepest gratitude to the Malay Rulers for dispensing their duties in accordance to the Federal Constitution.

Malaysia has invariably entered a political impasse after none of the parties which stood in 15th General Election (GE15) last Saturday won enough parliamentary seats to form government.

Throughout the gridlock both numero uno from PH and PN -- Anwar and Tan Sri Muhyiddin Yassin, respectively -- have been negotiating with rival party BN, in a bid to woo support from its 30 MPs to form government.

While BN had initially insisted that its MPs wanted to remain neutral in backing neither PH nor PN as it wanted to be the opposition in the Dewan Rakyat, this stance seemed to have changed following yesterday's audience with the Yang di-Pertuan Agong.

In a statement earlier this morning, Umno has expressed its unanimous support in upholding the proposal from the Agong over the formation of a unity government that will not be led by PN.

Zahid's case should not be used as DPM appointment issue